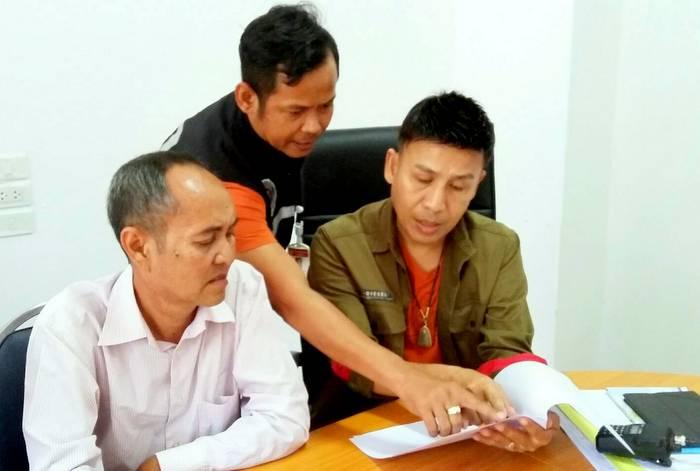 The National Anti-Corruption Commission (NACC) allege that the 49 year-old official requested 20 million baht from a businessman in exchange for the issuance of land title deeds.

“Mr Anusorn has been charged with dereliction of duty, receiving bribes and extortion,” Col Ittiphol said.

According to Mr Suthat’s allegation, Mr Anusorn allegedly asked for 20 million baht, claiming that the two plots are located on public land and that his office would need to survey the land in order to set up new boundaries.

“Mr Anusorn then gave directions for the handover of the money in Ao Nang,” Col Ittiphol said. “Mr Suthat brought 2 million baht in cash, along with cheques made out to Mr Anusorn for 10 million, five million and three million baht. Mr Suthat made copies of the cheques and the routing numbers on several of the bills and handed the copies over to the NACC as evidence.”

Col Ittiphol and officers from Region 8 recorded the exchange between Mr Suthat and Mr Anusorn at a table at Hotel Sofitel Krabi Phokeethra. After about 30 minutes, Mr Suthat handed over the bag and cheques to Mr Anusorn.

Mr Anusorn received the bag and left for the nearby car park, where he was intercepted by officers and taken into custody. Mr Anusorn was taken to Ao Nang Police Station for further questioning, but so far has denied the charges.

Krabi lawyer charged for speaking out against referendum