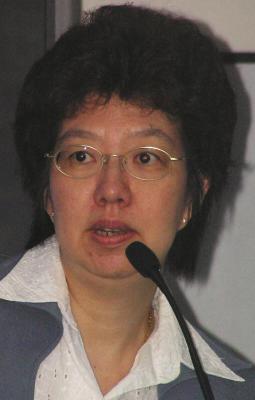 PHUKET TOWN: A floating market similar to Ratchaburi’s famed Damnern Saduak was one of the suggestions put forward at a public meeting today to discuss the future of Klong Bang Yai, which flows – occasionally – in and around Phuket Town. Other ideas floated at the meeting included gentrification projects, the construction of another passenger port and a flood-defense scheme. Dr Tasanee Aikwanich, project coordinator for the Klong Bang Yai Scenery Development Agency, suggested that widening the canal and raising the banks might prevent a repeat of the knee-deep flooding in Phuket Town caused by heavy rain in October last year. (see https://thethaiger.com/news/index.asp?Id=3060 ) It was not clear at the meeting what might happen to canal-side residents displaced by any redevelopment work. Dr Tasanee said, “You don’t have to agree with these ideas. We need more proposals from you to make sure that development of the klong is in your hands too.” Napaporn Yuberk, Industry and Technical Support Services Specialist of the US-Asian Environmental Partnership, was also on hand to add detail to ideas put forward by canal-side residents. Ideas suggested by local people included deepening the canal and removing a number of bridges to allow it to be navigated by larger boats. Requests were also made to develop land next to the canal for farming projects. Dr Tasanee and others also toured the navigable stretches of Klong Bang Yai to see at first hand which areas might best benefit from improvements.