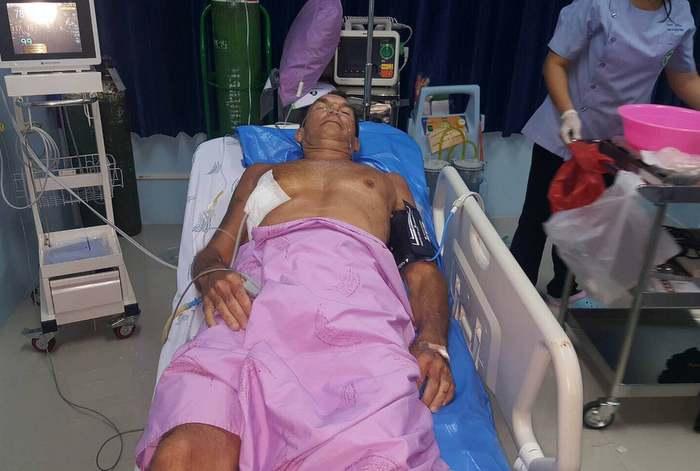 PHUKET: A Thai surf board renter is on the run after allegedly stabbing a New Zealander in the back with a knife yesterday evening.

The incident occurred at Kata Beach. Police named the suspect as Kittichai Junkaew, 29, from the southern province of Nakhon Sri Thammarat.

The police say the victim, Christopher Smith, 52, was taken to Vachira Phuket Hospital before being transferred to Phuket International Hospital. Karon Police Captain Weerayuth Sirisukhaworakul said the New Zealander sustained one stab wound to his back.

Police have not yet issued an arrest warrant for Mr Kittichai, but say they expect to do so later today. Meanwhile, they are checking CCTV footage for clues as to Mr Kittichai’s whereabouts.