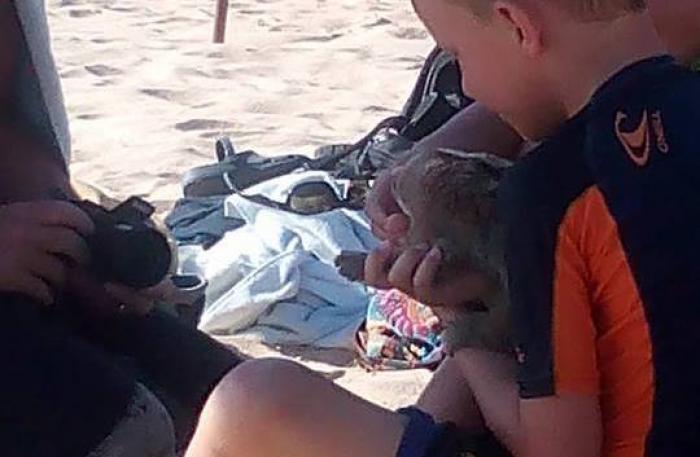 PHUKET: Karon Police admitted today that slow loris touts on the beach are not a high enough priority to merit the resources necessary to put them behind bars.

“Tourists’ safety and the safety of their belongings is a bigger concern for us,” said Lt Col Pornnarong Karnonchai of the Karon Police. “We do our best to take care of smaller issues, such as touts on the beach. However, we are suffering from a lack of manpower.”

Col Pornnarong explained that officers were forced to prioritize cases throughout the day, tackling the biggest cases first.

“To look for animal touts, we have to pull officers off of other cases,” he said.

Touts selling photo opportunities with slow lorises continue to be an issue on a number of Phuket beaches. A concerned Phuket Gazette reader spotted a tout at work with the protected primate over the weekend.

“We do want to get rid of them, but we can’t just go running out of the office every time we get a report. The best way to deal with this is to cut off the demand. Tourists must be educated about the harm being done by these touts and the fact that they are illegally in possession of the protected animal,” he said.

“If there is no demand, the touts will stop.”

Nonetheless, Col Pornnarong said that his officers would look into the most recent spotting of the tout at Kata Noi Beach, ranked among the best beaches in the world by TripAdivsor (story here). The sighting over the weekend comes hot on the heels of police promising to investigate a tout photographed prowling Kata Noi Beach with his loris on March 23 (story here).