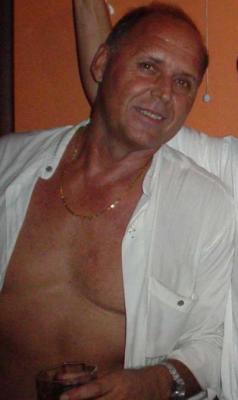 PHUKET: The three people arrested in Sunday morning’s raid on the Karma Lounge Music Café in Karon have been released on bail. One of those charged, Reinhard Haiber, spoke with the Gazette, and confirmed that both he and his girlfriend, Tassanee “Lek” Pompasa, were released yesterday after posting bail of 200,000 baht each. Haiber said that the American arrested in the raid, Patrick Rayner, was also released on bail, but that he did not know the amount. Haiber said that he has been charged with operating a bar after 2 am, with organizing a lewd show and with working without a work permit. He denied that ketamine had been found on the premises, as was earlier reported. Regarding reports of drug charges, he added, “They found nothing on me. I was in possession of nothing.” The Karma Lounge was not ordered to shut down by police, said Haiber, but it would be kept closed indefinitely as the case unfolds. Phuket Provincial Police Deputy Commander Pol Col Apirak Hongtong, who had led the late-night raid on the bar, told the Gazette that police would be keeping a close eye on the three accused, and that a report has been sent to Phuket Immigration to ensure none of them leaves Thailand.

Expo center to be built at Saphan Hin