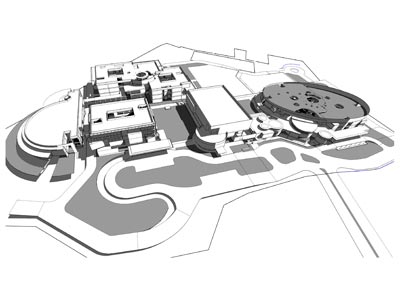 PHUKET: Phuket parents seeking English-language education for their children will have a new option from May next year, when a new Kajonkiet international school is scheduled to open in Kathu.

The new school will be housed in one of four new buildings now under construction on a 45-rai plot in Kathu.

The other three buildings will house kindergarten, primary and secondary-level students who currently study in the English program (EP) at Kajonkietsuksa School in Wichit.

The Kajonjkiet EP uses the Thai curriculum translated into English, but with all core courses taught in English by native-English-speaking teachers.

Kajonkietsuksa EP students are scheduled to move into the new Kathu facilities as soon as they are completed.

The name of the international school has yet to be announced, but administrators say it will follow a British curriculum.

The move follows the announcement that Kajonkietsuksa School has been approved as a Cambridge International Center, the only one in southern Thailand.

The approval allows the school to offer a range of internationally recognized qualifications, including the Cambridge International General Certificate of Secondary Education, or IGCSE.

Kajonkiet aims to initially offer the international program to children aged three to 12, with a long-term goal of extending its program to secondary classes.

The English Program will be available to three- to 18-year-olds from the outset.

“We decided to branch out into international education because our EP program, initiated in 2000, has done very well. We recognize that there is a growing market for international-standard education in Phuket. We want to provide our students with options and the best quality education we can,” a school spokesman said.

Buildings at the Kathu site will occupy 10 rai of the plot when complete.

Other facilities will include a range of sports and academic facilities including a swimming pool, tennis courts, basketball and volleyball courts, a football pitch and science labs.

Kajonkiet’s existing network of schools are spread around the island. The flagship school, Kajonkietpattana, was established in Phuket Town in 1954.

Since then the school’s expansion has seen the establishment of Kajonkietsuka, with two large buildings in Wichit.