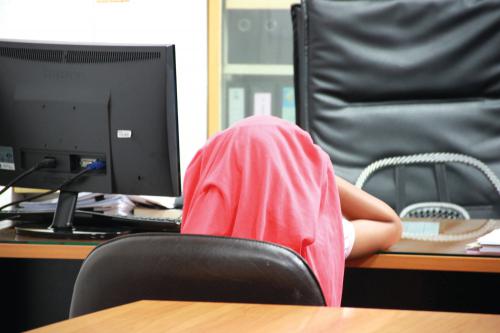 PHUKET: Not one of the four men charged with child rape in Phuket over the past 16 months has been acquitted or found guilty of the heinous crime.

One suspect, a Laotian accused of repeatedly raping his handicapped stepdaughter, fled the country and has not been captured.

Of the three men arrested, two are still waiting for their trials to begin. The third, a Mai Khao shopkeeper accused of the rape of a child in October 2012, is free on bail as he awaits the conclusion of his trial, scheduled for April.

The Gazette has declined to name any of the individuals, to protect the victims, who were between the ages of 5 and 15 when the alleged rapes occurred.

In the case of the Mai Khao shopkeeper, the court has heard testimony from the girl, her mother and case investigators, and will hear from her father on April 3, said Phuket Public Prosecutor Atikun Puangprom.

“The following day the judge will hear defense testimony, and then he will hand down his verdict,” Mr Atikun said.

The alleged rape took place when the girl’s mother, who owned a small shop, ran out of items and sent her daughter to buy them from a store nearby.

A neighbor who entered that store reported seeing the shopkeeper emerge from a back room zipping up his trousers, followed by the 9-year-old girl, who was pulling up her shorts (story here).

When questioned by her mother, the girl said she’d been raped, at which point she was taken immediately to Tah Chat Chai Police Station and then to Thalang Hospital for an examination.

“The result of the medical examination was that she had been raped,” the mother said.

The shopkeeper denied the charges, but according to the mother offered her money “not to make a big deal of it”.

Eight days later, dissatisfied with police progress, the mother filed a complaint against the police for inaction (story here).

The two subsequent cases reported by the Gazette both involved stepfathers charged with repeatedly raping their stepdaughters.

The first came to light in June last year, when a Thai woman married to a Lao national told Patong Police that her husband had confessed to repeatedly raping her 15-year-old daughter who was handicapped by polio.

The woman kicked the man out of the house and went to police seeking his arrest (story here).

The girl was found to be five months’ pregnant and doctors recommended that for the sake of her health the pregnancy be terminated. The stepfather, meanwhile, fled the country.

Although police were initially confident the man would return to Thailand “because he doesn’t know that his wife reported him to the police, and he has two children here with her,” according to Patong Police Officer Teerasak Boonsaeng (story here), the Gazette learned last week that he has not been apprehended.

“We sent the arrest warrant to international police via immigration officials months ago, but the suspect has not been found,” said Patong Police Superintendent Chiraphat Pochanaphan.

“However, we will check the progress with the investigation team again and keep following this case.”

The following month, a woman in Thalang returned home from work early to see her daughter running our of her stepfather’s bedroom. When confronted by her mother, the 13-year-old girl said her stepfather had been raping her for years.

The man, a construction worker, admitted to police that he had repeatedly raped the girl over the previous eight years.

That man is in Phuket Prison. No trial date has been set, a prison official told the Gazette.

The most recent case, involving a 10-year-old girl who lives in Phuket Town, took place in November and has yet to be sent from the police to the prosecutor (story here).

In that case, a 24-year-old man asked permission to take a neighbor’s child to buy snacks in nearby Rassada.

When the pair returned home an hour later, the girl told her parents she had been raped, and doctors who examined the girl said they found clear signs of rape on her body.

The girl’s parents went to confront the man, but he had fled. Police found him later that month hiding at a deserted Karon resort and arrested him.

The man, who denied the charges, is being detained at Phuket Prison, Phuket City Police Deputy Superintendent Sien Kaewthong told the Gazette on January 6.

“The case is still under investigation,” Col Sien says.

“The suspect continues to deny the charge, so we have to question more eyewitness in order to get information that will make him confess. We will hand over the case to the prosecutor as soon as possible, but we can’t say when that will be.

“We are also waiting for the rape test results from Vachira Phuket Hospital. We have no idea when they will be released.”