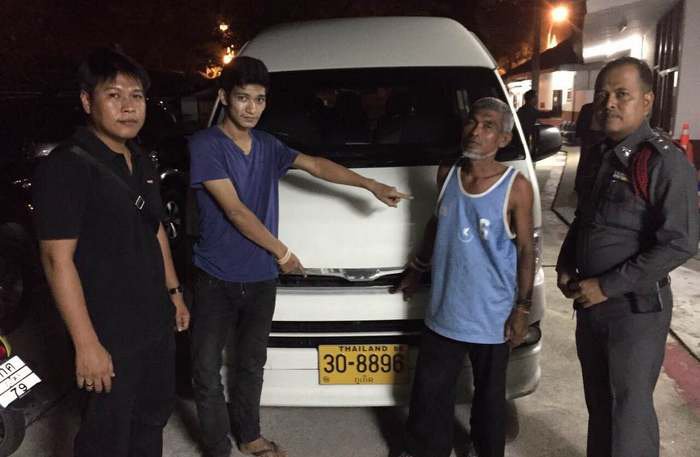 PHUKET: A man who stole a van and took it for a joyride to Patong was arrested by Karon Police while near Jungceylon last night.

“At about 11:30pm, we were informed of a van theft at a 7-Eleven store in Nai Harn,” confirmed Lt Col Ason Jiraksa of the Karon Police.

“Driver Panudet Kumuda, 25, left the engine running while he was shopping at the convenience store.”

Upon reviewing CCTV footage, police saw Saisak Metha, 46, driving the van through Karon and believed that he had headed to Patong.

“We searched for the van in Patong with Mr Panudet and spotted it on Phang Muang Sai Kor Road, near Jungceylon,” said Col Ason. “We walked around asking people if they had seen who was driving the van until we were able to locate Mr Saisak.”

When questioned, Mr Saisak confessed to the crime.

“I saw the van with the engine still running, so I jumped in and took off as fast as I could. Once I arrived in Patong, I assumed that the police hadn’t followed me, so I pulled over to have a few drinks,” Mr Saisak told police.

Mr Saisak has been charged with theft and is being held at the Karon Police Station.