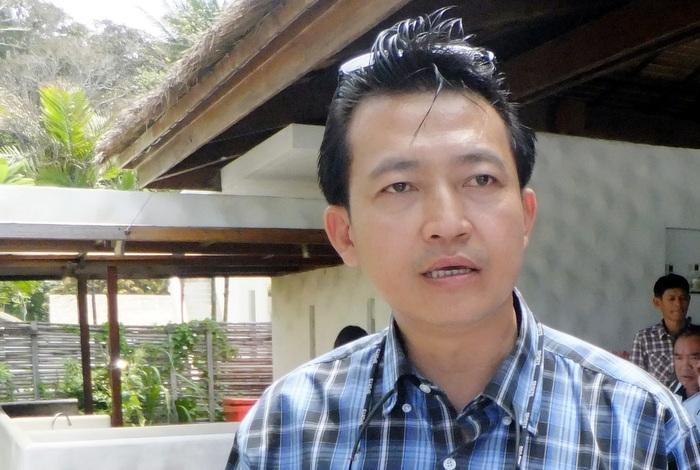 PHUKET: Phuket’s long-standing champion of jet-skis on the island leaves the province today after being transferred to the landlocked Nonthaburi Province Marine Office.

“I leave at 11am and will start my work there on Monday,” former Phuket Marine Office Chief Phuripat Theerakulpisut told the Phuket Gazette.

Mr Phuripat declined to specify exactly why he was transferred after almost six years on the island.

“I hope that whoever takes over continues with the projects that I started, as I would like to see the Phuket marine area continue to improve,” Mr Phuripat said. “I will of course do my best in whichever province I am working in.”

Despite numerous honorary consels in Phuket and ambassadors to Thailand airing their concerns about jet-ski scams and dangers, Mr Phuripat leaves a legacy of protective measures for the rental operators.

Jet-ski operators were the first vendors allowed to start using Phuket’s beaches following the National Council of Peace and Order’s (NCPO) removal of illegal structures and ban on private enterprises using the beaches in 2014.

The operators, who were banned from the beach for four days and have been the focus of thousands of international complaints over the years (story here), were granted permission by local authorities to return to Patong Beach after raising the spurious issue of needing to make loan payments for the jet-skis. It took more than a year for a sustainable solution for other vendors to be established (story here).

Last May, Mr Phuripat investigated reports and photographic evidence of jet-ski touts allegedly bringing the machines onto Surin Beach, as well as allowing them to be driven dangerously close to swimmers (story here).

In December, as part of a long series of ‘last-time’ threats, Mr Phuripat vowed that if jet-skis were spotted at Surin Beach again, the operators would have their licences revoked.

“I am aware that four jet-skis were spotted at Surin Beach Tuesday. The operators are allowed to rent the jet-skis at Bang Tao Beach, but they must not be taken to Surin,” said Mr Phuripat said at the time.

However, almost no legal action was taken against the operators on the island until last week, when a total of 28 jet-ski operators were arrested during a Central Investigation Bureau (CIB) raid (story here).

“We arrested the jet-ski operators for renting their vehicles to tourists without provincial permission,” said Deputy Commissioner of the Royal Thai Police CIB Adis Ngamchitsuksri.

Despite concerns raised by a number of ambassadors, the overwhelming majority of tourists and the public at large, Mr Phuripat insisted to the Gazette in December that jet-ski operators are well controlled by his department and present ‘no problem’ for the island.

Though Mr Phuripat will most likely be remembered on the island for his stance on jet-skis, he also saw the province through a number of other major developments, including the need for all foreign yachts in Phuket to be fitted with AIS (Automatic Identification System) devices (story here) and the ‘one stop yacht center’ in Chalong (story here).

Mr Phuripat was also a strong supporter for developing Phuket as the marine hub of ASEAN through the creation of foreign-flagged superyacht charter licences (story here).