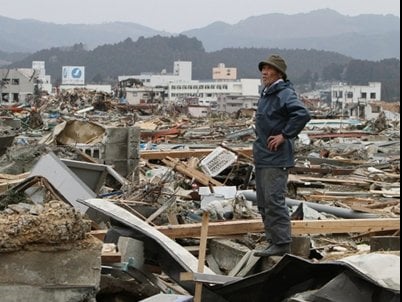 PHUKET: Earthquakes are a part of daily life in Japan, so are the ensuing tsunami alerts.

This is a country that is a product of 15 million years of tectonic movement that ripped it away from mainland Asia.

But nothing – not even the Japanese people’s millenia-long struggle with Mother Nature – could have softened the blow that was dealt to the island nation on March 11.

It was early afternoon here in Phuket when news of the earthquake surfaced.

Friends called friends, TVs were flicked on, and as the afternoon lurched into evening, time stopped, in a way.

The images broadcast from Japan that day transfixed people around the globe.

Momoe Kato, owner of Phuket Happy Travel and Guesthouse in Patong, and her friend Miho felt hopeless as they watched Tokyo grind to a halt and entire cities flushed out to sea.

They know the feeling better than most.

Both were living in Patong when the Indian Ocean tsunami hit Phuket in 2004.

Miho, who fled the Boxing Day tsunami on her motorbike, said the first things that came to mind were family and friends.

Miho and Momoe’s families live far from the areas worst affected, but both immediately called home to check.

The sudden surge in calls combined with power outages proved too much for Japan’s mobile phone networks, touted to be among the most advanced in the world.

In a country where nearly 60 per cent of middle school students own cell phones, a sudden lack of service creates a major void in communication.

Japanese office workers who lost contact with their families were sending Facebook messages to friends overseas, hoping they could tell their husbands, wives and children they were safe and walking home.

Momoe and Miho were lucky, they were able to contact their families soon after news of the disaster reached Phuket.

For some of the guests at Phuket Happy Travel, it wasn’t that easy as they tried in vain over an agonizing day to reach their loved ones in Japan.

One Japanese woman in Phuket, who is still in a state of shock, lost her home in the tsunami that struck the northeastern coast.

“We try to comfort her, but it’s hard,” Momoe said, thankful that the young woman’s family survived unhurt.

It is the sense of helplessness that overwhelms, both Momoe and Miho said.

“I experienced the tsunami here in Phuket and I know how they feel in Japan,” Miho said.

“People need basic things, like water and clothes – they don’t even have electricity in a lot of places.

“Right now, people are scared and worried that another aftershock is going to come, another tsunami.”

The concern is warranted as aftershocks continue to rock the country and explosions at a nuclear power plant are exposing people to harmful levels of radiation.

The near future looks grim.

Japan is not, however, a nation of pessimists.

In less than 25 years after being crushed in WWII, Japan climbed out of the rubble to become the world’s second-largest economy.

Miho said that the country’s infrastructure and planning were not to blame.

“There’s just nothing you can do to prepare for something like this,” she said.

“In Phuket, we knew about the tsunami after it happened, but in Japan, we have warnings on TV and alarm towers.

“There’s just nothing more you can do,” she added.

Many have said that Japan’s preparedness has saved countless lives, even though the number of dead continues to rise.

“There’s nothing I can do but wish everyone the strength to get through this, and give some money if that helps.”

An international relief effort is well underway, with Thailand chipping in.

The Cabinet has approved 200 million baht in aid for Japan and sent a medical team to assist with the effort.

You can help too: See our previous reports here and here for local relief efforts.