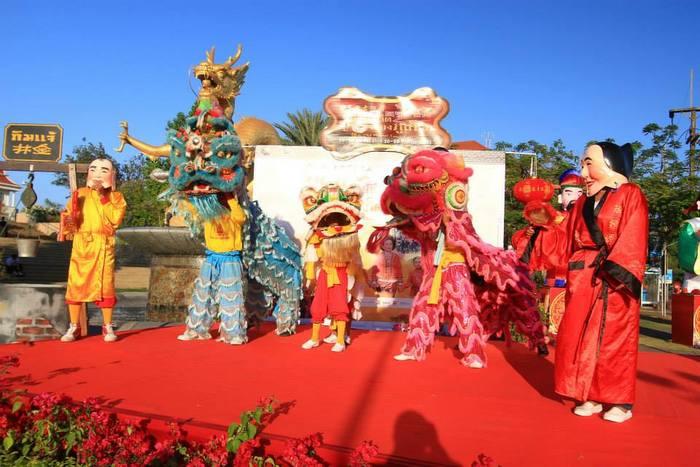 PHUKET: The 17th annual Phuket Old Town Festival, which celebrates Phuket’s unique culture and traditions, is set to kick off on February 13.

The festival will get underway on four roads in the heart of Phuket Town: Thalang Road, Thepkrasattri Road, Soi Romanee and Krabi Road.

“This is the 17th year that the Old Town Festival has been organized by the Phuket City Municipality and the Cultural Department, and is being held simultaneously with Chinese New Year celebrations,” said Phuket City Mayor Somjai Suwansupana.

Performances will be staged at several venues in town throughout the three-day festival, along with numerous stalls selling local fare and other items.

Events will include concerts by Phuket’s Gam the Star and Nook The Voice, traditional Thai dance performances, a parade, a Chinese opera, and several other activities, said Mayor Somjai.

During the festival, locals and tourists alike are urged to visit the statue of Guan Yin – the Goddess of Mercy – for good fortune, as well as a traditional Hokkien Chinese ceremony held on the last day of the festival at 10pm in Queen Sirikit Park.