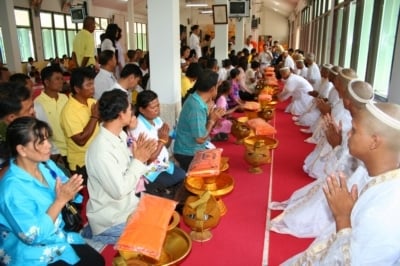 PHUKET: This year’s festival honoring the heroine sisters of Thao Thepkrasattri and Thao Sri Soontorn will include traditional dances, games and a mountain bike race during the three-day celebration.

The festival, a commemoration of Phuket’s victory over the Burmese incursion of 1785, will be held at Baan Riang in Thalang, near the heroines’ monument from March 11 to 13.

The highlight of the festival will be a light and sound performance, which will feature an estimated 800 performers and students. Miss Teen Thailand, Amelia “Amy” Jacobs of Phuket, will be one of performers.

The light and sound performance will be performed each night of the festival at 8:30 pm. Other highlights include cultural performances such as the Manora (classical Thai music and dance) and Nang Talung (shadow theater).

A mountain bike race, on March 11, will have three distance divisions of 34 kilometers, 24km and 12km. Riders will also be divided into age groups, with the winner receiving 1,000 baht and a trophy, presented by HRH Princess Maha Chakri Sirindhorn. Second- and third-place winners will receive 800 and 500 baht, respectively, along with a trophy.

Registration begins at 8 am on the day of the race at the victory monument, and the race will begin at 10 am. Competitors must pay 300 baht to register.

Click here for a schedule of the festival’s events.