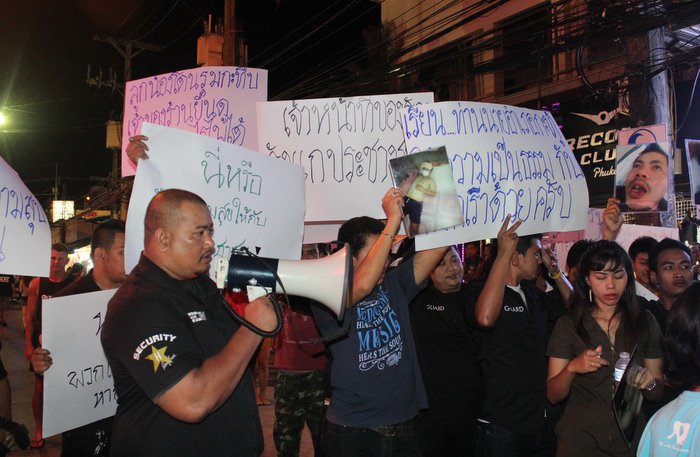 PHUKET: The tradition of bouncers beating punters more than likely goes back to the first brewers and distillers. The first confirmed creation of fermented beverages dates back to 6,650 BC.

However, it is widely believed that humans were brewing beverages as early as the Neolithic period (10,000 BC), which very likely indicates a long history of those protecting their fermented drinks by sternly reprimanding family, friends and clients. So what’s all the fuss about these Aussie lads on Soi Bangla?

The real issue, of course, is the fact that it happened in Phuket, a place both exotic and easily accessible to the world.

The story of the five bouncers brutally beating the Australian tourists would not have made international news if it had happened in Glasgow, London or New York City. However, it happened on the paradise island of Phuket at about the same time the central government has made it clear that tourism is the most important source of revenue for Thailand.

To add to their poor judgment and brutishness, the bouncers are mentally better equipped for the Neolithic period than for the modern world, where publicly beating men to the ground in front of a crowd of people with video cameras and Facebook and YouTube access is not going to pass unnoticed. It is the age of citizens’ journalism, so it’s best to be a barbarian behind closed doors or in a cave.

All that aside, however, Patong Entertainment Business Association President Weerawit Kurasombat should be commended for his response. Though it shows a level of sensitivity that is probably not necessary – as originally pointed out, bouncers beating punters is a bit of tradition around the world – it also shows an awareness that is essential for Patong to develop its nightlife environment toward promoting classier clubs among the sois of dancing bar girls.

Mr Weerawit’s strong stance here draws a line defining what is acceptable and what is clearly not. However, there is no way to prevent such incidents from eventually reoccurring – every bouncer has a tipping point – so it is up to citizen journalists to collect evidence and spread the word. Hopefully, next time the victims will have enough faith in Thailand’s police force to seek justice.