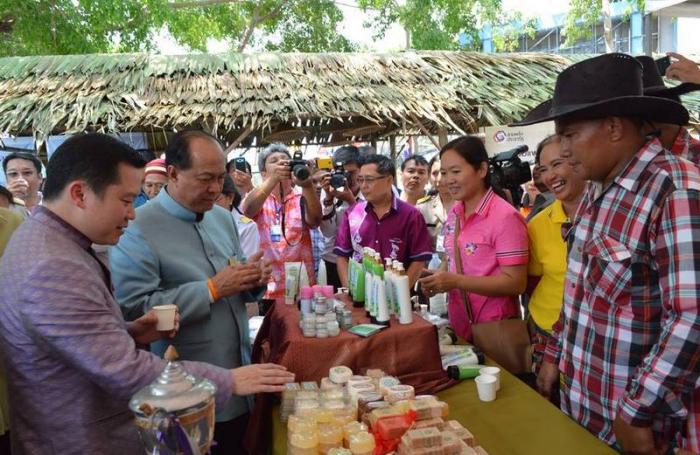 PHUKET: The Interior Ministry has designated Phuket as a launch pad for a new government-backed social enterprise initiative to help grass-roots businesses flourish and contribute to bolstering the local economy.

On a visit to Phuket to officially launch the nationwide initiative on March 31, Interior Minister General Anupong Paochinda said the aim of the initiative was to increase income for the rural population and to improve standard of living in the southern provinces.

“Phuket has been selected as a model province for the pilot ‘Pracharath Rak Samakkee’ project,” said the minister.

After Phuket, the initiative is to be launched in Petchaburi, Udon Thani, Chiang Mai and Buriram provinces.

“Developing social enterprises such as these will help local communities be self sufficient, decrease gaps in the community and educate people to help them develop a long-term platform for sustainable growth. It will also help government and private sectors to coordinate better and work toward economic and social development,” he said.

Rural enterprises are receiving guidance and advice from big guns in the world of commerce such as Thai Beverage CEO Thapana Sirivadhanabhakdi, who is heading the steering committee assigned to help the grass-roots businesses become established.

“Phuket is a model province because it is has unique agricultural products and a deep-rooted connection to the tourism industry, and the province supports neighboring provinces via trade in organic vegetables, lobsters, goat’s milk and batik,” said Mr Thapana.

Although the steering committee sets all the policies and strategies for each social enterprise, the businesses work independently to generate income. That money is then reinvested in the community rather than being paid out to the shareholders, explained Mr Thapana.