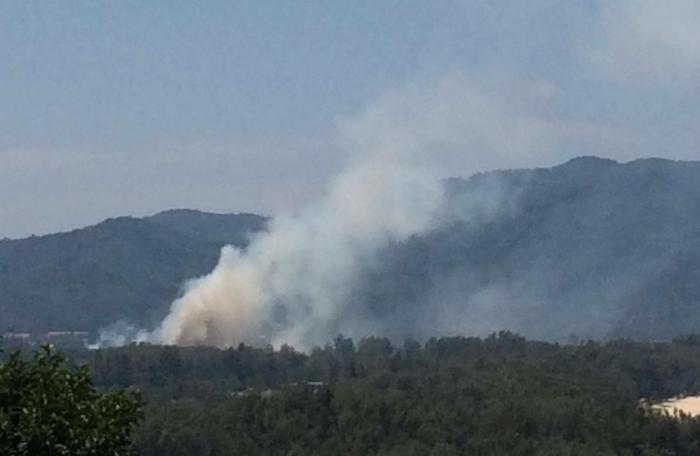 PHUKET: Fire fighters were called out this morning to tackle a blaze which broke out in Cherng Talay and threatened to spread to nearby forest and damage a golf course in the area.

Witnesses say the fire started at about 11:00am.

Cherng Talay fire chief Teerapol Sakpracha told the Phuket Gazette that fire fighters managed to bring the blaze under control but their efforts were hampered by a wall restricting access to the area.

The fire chief declined to name the golf course affected by the fire.

“At this point we are still investigating the cause of the fire,” he said.