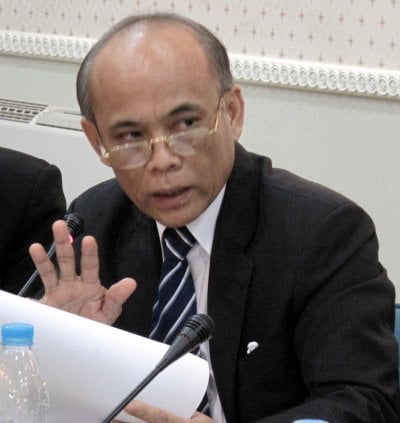 PHUKET: A special task force of government officers will sweep through Phuket and arrest and likely deport any foreigners found working illegally, the Gazette has learned.

The move follows the creation of a Phuket Provincial Employment Office (PPEO) task force set up to identify and arrest any foreigners found working without appropriate permits.

“The arrests will not be limited to Burmese, Lao and Cambodian workers. We will arrest any foreigner found working secretly without a permit,” he added.

The move follows confirmation that Burmese workers are starting their own businesses on Phuket as a result of the national verification system, which gives them identification documents similar to a passport.

The roundup of unregistered migrant workers will intensify in Phuket, officials say.

The regional task force, part of Bangkok’s nationwide crackdown on illegal Burmese workers, will be responsible for the 14 southern provinces. It will also be led by Mr Noppadol.

A meeting on Friday in Bangkok will determine policy and operational plans for each regional team. The meeting will be chaired by Employment Department Deputy Director Sumeth Mahosot.

“I still don’t know exactly when the operation in Phuket will start. After we hear the policy and receive orders at the meeting on Friday, we will do the planning and then proceed with the operation,” said Mr Noppadol.

The deportation of thousands of migrant Burmese workers from Phuket would likely have a major impact on the local economy, which relies heavily on their labor.

Phuket business owners continue to voice concerns about losing Burmese employees to businesses and professions not specified in their work permits.

“I’m not satisfied with the result of today’s meeting,” said the deputy chairman of a Labor Ministry subcommittee on foreign labor.

“It’s the third meeting here, but we haven’t addressed the key issue. Now foreign workers with these ‘passports’ can work and go anywhere.

“They will spread around the country. It’s just not possible to keep these workers under control,” he said.