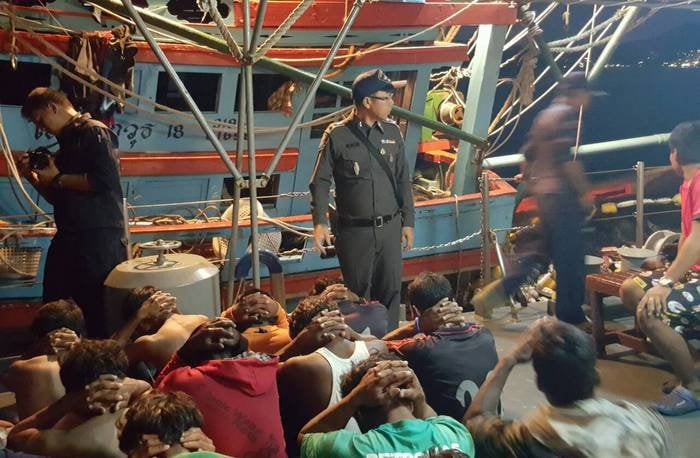 PHUKET: Three illegal migrant workers were arrested on a fishing boat during a random check by the Phuket Marine Police and the Royal Thai Navy Third Area Command on Friday.

The arrests came fast on the heels of an announcement made by the Ministry of Labor that open registration for illegal Laotian, Cambodian and Myanmar nationals would be available this month through January 30, 2016.

“This does not mean that during this period migrants can work illegally in Thailand. It is an effort to give more chances to both business owners and migrant workers to register easily during this time,” Lt Col Panya said.

Mr Kittisak has accepted the charge of harboring and assisting aliens to evade arrest, and faces up to five years’ imprisonment, a maximum fine of 50,000 baht, or both.

The three Myanmar nationals were charged with working illegally and entering Thailand without permission.

They face up to two years imprisonment, a maximum fine of 20,000 baht, or both.

Officials have no intention of pressing charges against the boat owner, Col Panya added.