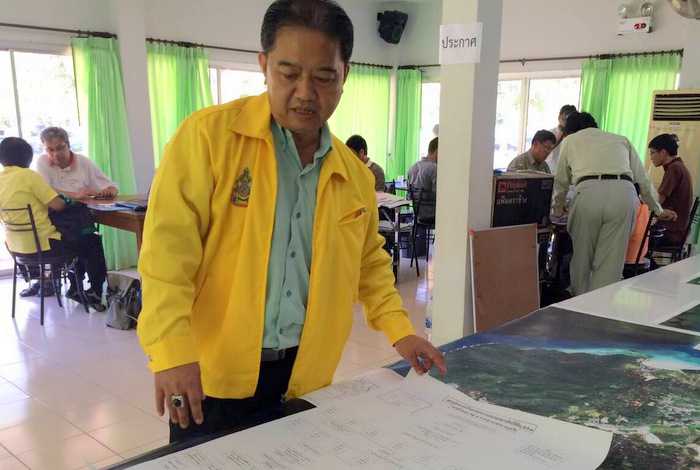 PHUKET: A task force of 100 officers arrived in Phuket this morning to begin examining hundreds of land documents for more than 2,000 rai of land in Sirinath National Park for suspected encroachment.

The national-level task force was created to look into the suspect Phuket plots by Nipon Chotiban, director-general of the Department of National Parks Wildlife and Plant Conservation (DNP).

“The officers will examine land documents for about 710 plots covering more than 2,000 rai in the park to determine whether or not the documents are legitimate,” Kitiphat Tharapiban, chief of Sirinath National Park, told the Phuket Gazette.

“The officers, who have been arranged into 20 teams, are experts in land-survey techniques and reading aerial photographs.”

The investigation is expected to take about three months, he added.

“If any of the documents are found to have been obtained through illegal means, we will press charges for public land encroachment and will reclaim the land,” Mr Kitiphat assured.

Mr Kitiphat tendered his resignation in September, after only three months as park chief, amid death threats and reports of intimidation by influential people (story here).

However, just two days later, he announced his decision to stay after the newly appointed Natural Resources and Environment Minister Gen Dapong Ratanasuwan vowed to provide military support and personnel to protect Mr Kitiphat and his officers (story here).