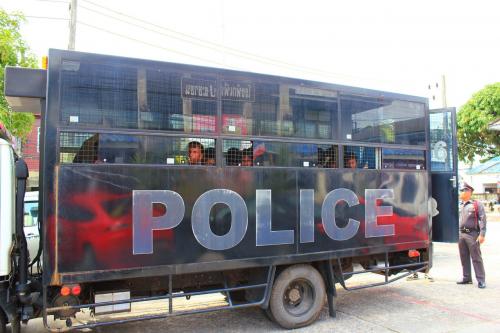 Thai authorities should allow the United Nations High Commissioner for Refugees (UNHCR), the UN refugee agency, unhindered access to these and other boat migrants from Burma’s Arakan State to determine whether they are seeking asylum and whether or not they are qualified for refugee status, the New York-based rights group said.

The call follows the move to repatriate the ethnic Rohingya who were found adrift in an open boat off Phuket on January 1.

In its report, Human Rights Watch noted: “Thai authorities intercepted a boatload of 73 Rohingya migrants – including as many as 20 children, some as young as 3 – that contained likely asylum seekers. After providing food, water, and other supplies to the passengers and refueling the boat, Thai authorities initially planned to push the boat back to sea towards Malaysia’s Langkawi Island.

“When they found that the rickety, overcrowded boat had cracks and that many passengers were too weak to endure a stormy sea voyage, the authorities brought the group ashore to the Phuket Immigration Office.

“By 4pm on January 2, two trucks with all 73 Rohingya were heading to Ranong province for deportation to Burma,” the report said.

Brad Adams, Asia director at Human Rights Watch, said “The Thai government should scrap its inhumane policy of summarily deporting Rohingya, who have been brutally persecuted in Burma, and honor their right to seek asylum.

“The UNHCR [United Nations High Commissioner for Refugees] should be permitted to screen all Rohingya arriving in Thailand to identify and assist those seeking refugee status.”

The rights group also called on Thailand to cease its so-called “help on” policy, under which the Royal Thai Navy is under orders to intercept Rohingya boats that come too close to the Thai coast. Upon intercepting a boat, officials provide the boat with fuel, food, water and other supplies on condition that the boats sail onward to Malaysia or Indonesia. All passengers must remain on the boats during the re-supply.

The policy fails to provide Rohingya asylum seekers with the protection required under international law, and in some cases increases their risk, said the report.

“Should a boat land on Thai soil or be found to be unsafe, Thai immigration officials will step in to enforce deportation by land. This ‘soft deportation’ process has resulted in Rohingya being sent across the Thai-Burma border at Ranong province, where people smugglers await deported Rohingya to exact exorbitant fees to transport them to Malaysia.

“Those unable to pay the smuggling fees are forced into labor to pay off the fees, condemning them to situations amounting to human trafficking,” said the release.

“Thailand has repeatedly stated its commitment to combat human trafficking, yet by deporting Rohingya into the hands of people smugglers, they are making them vulnerable to trafficking,” Mr Adams said.

Each year hundreds of thousands of Rohingya in Burma’s Arakan State flee sectarian violence and dire poverty. The situation significantly worsened in late 2012 following communal violence in June and October targeting Rohingya and other Muslim groups.

The arrival of the Rohingya in Phuket on January 1 was the first acknowledged interception that included women and children on board.

Many more boats are expected to set sail from Burma in the coming months, Human Rights Watch cautioned.