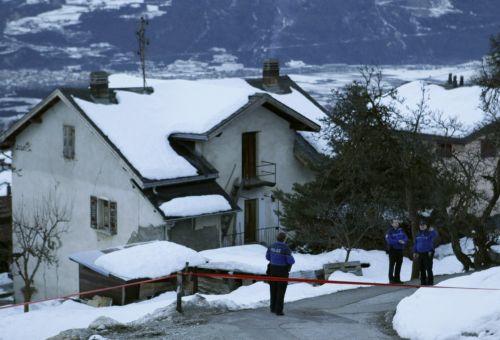 PHUKET (Reuters): Three people were killed and two wounded late on Wednesday when a gunman opened fire in the Swiss village of Daillon, Swiss police said this morning.

The suspect threatened police when they tried to arrest him, and officers shot and wounded him before taking him into custody, police of the Swiss canton of Valais said in a statement. No police officers were wounded.

Swiss website 20minutes.ch reported that the gunman was a resident of the village, aged about 30, who was armed with an assault rifle and had been drinking heavily.

It quoted a villager as saying one of the dead was a woman in her 80s.

Special police units and local police forces were alerted by a caller who said several people were lying wounded on the ground at about 3pm yesterday (9pm Phuket time), the police statement said.

It said the incident was being investigated and the site had been closed off. More information would be released later on today at a news conference in the village, which is close to the town of Sion, the capital of the canton – or region – of Valais.

Mass shootings are rare in Switzerland, although gun possession is widespread – some estimates run to at least one for every three of its 8 million inhabitants. Many are stored in people’s attics, a legacy of Switzerland’s policy of arming its men to defend its neutrality.