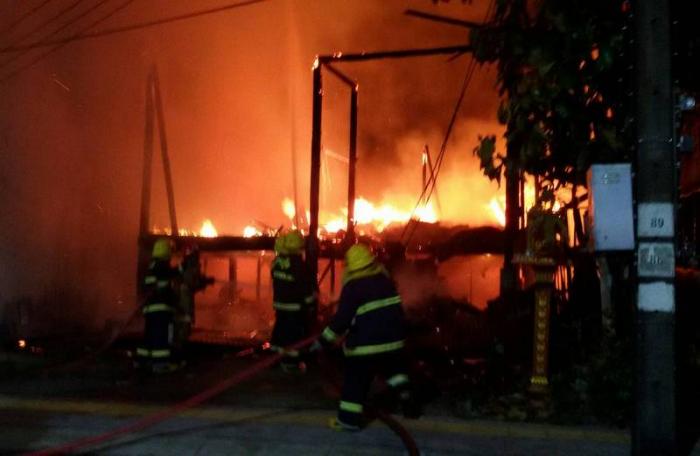 PHUKET: A mentally unstable homeless man is suspected to have started a fire that burnt down a house in Phuket Town about 5am today.

The two-storey house located on Thepkrasattri Road, about 500 meters from Satree Phuket School, was enveloped by flames and smoke when firefighters and officials from the Phuket City Municipality Disaster Prevention (PMDP) Department arrived at the scene.

“It took three firetrucks and 30 minutes to douse the flames. The house was completely destroyed, but there were no injuries and the flames were contained before they spread to nearby houses,” PMDP chief Pongsak Sirithap told the Phuket Gazette.

Witnesses told police that the owners had moved to Bangkok and that a homeless man often slept there and lit candles as well.

Police are questioning the suspect to get a better idea of how the fire started. No charges have been pressed so far.