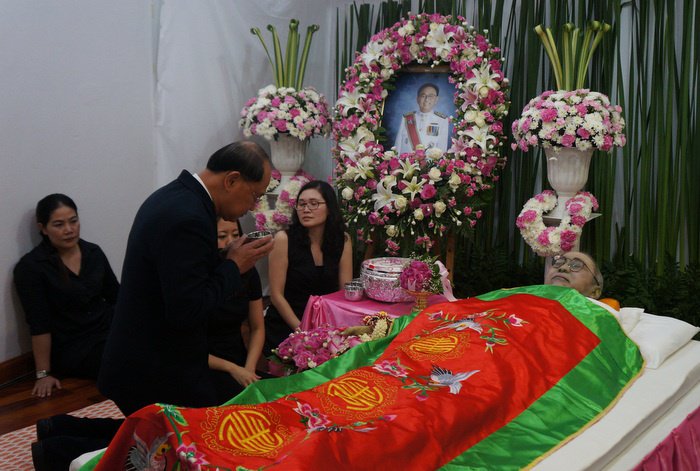 The well-established politician had been dubbed Phuket’s ‘Pink Panther’ for his use of pink to brand his public projects and his ability to turn up nearly everywhere.

The seven-day ceremony in honor of the Pink Panther began at 2pm today at Mr Paiboon’s house, located on Wichitsongkram Road in front Surakul Stadium in Phuket Town.

Though today saw many high ranking officials, such as Phuket Governor Nisit Jansomwong, Phuket Provincial Police Commander Patchara Boonyasit, Phuket vice governors, foreign consulates and local leaders from Phuket and Phang Nga, all are welcome to join the ceremony, as the island mourns the death of its highest elected official.

Visitors are welcome to pay their respects from today until August 9. Those wanting to participate in a Christian ceremony can join at 7pm daily. Mr Paiboon’s burial is scheduled for August 10.