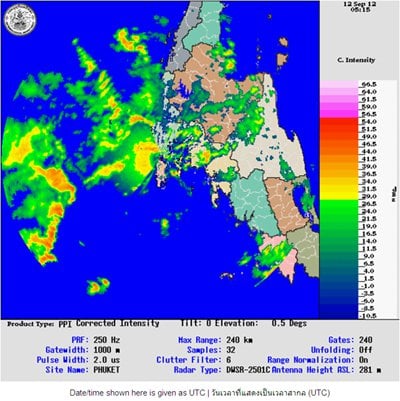 PHUKET: The Thai Meteorological Department (TMD) has issued a “heavy” to “very heavy” rain warning for all regions of Thailand, including Phuket, for the next five days.

Thunderstorms and monsoonal winds are expected to intensify over Phuket and the Andaman Sea.

The TMD also reported that tropical Storm “Sanba”, which was centered east of Philippines with sustained wind reaching 85 kilometers per hour, is expected to move towards Taiwan.

“I believe my decision has the interests of British athletics…