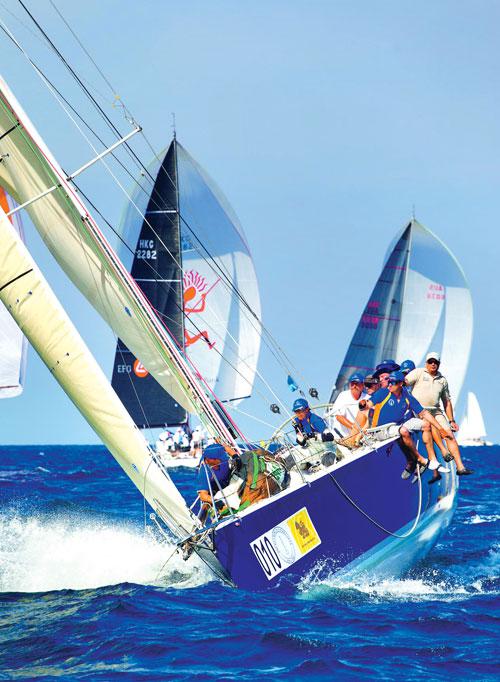 PHUKET: Recognized throughout the eastern hemisphere as the premier sailing event of its kind, the Phuket King’s Cup Regatta will host a week of incredibly close racing in the beautiful Andaman Sea off the coast of Southern Thailand from December 1-6, 2013.

The 27th Phuket King’s Cup Regatta sees a new Bareboat Charter division, intended to address any disparities between professional and amateur teams in the class, making for a very open racing division this year.

The opening ceremony will be held at Kata Beach Resort & Spa Phuket on December 1, with the first day’s racing set to cast off the following morning. Racing between keelboats and multihulls will be hosted over five days (December 2-6), whilst racing in the Dinghy class will be held from December 1 – 4. Windsurfing will be also held for the second year between December 5-6. The sail pass to celebrate His Majesty the King’s birthday will be on December 5.

The Royal Awards Ceremony is to be held on December 6. The five days of highly charged racing are complemented by six fantastic beachside parties hosted by some of Phuket’s most recognizable names in hospitality including host venue Kata Beach Resort & Spa, with close to 2,000 guests attending nightly.

Inaugurated in 1987 to celebrate the 60th birthday of His Majesty the King of Thailand, the event has been held every year since during the first week of December. Under Royal Patronage, the Phuket King’s Cup Regatta is organized by the Phuket King’s Cup Regatta Organizing Committee under the auspices of the Royal Varuna Yacht Club, in conjunction with the Yacht Racing Association of Thailand, the Royal Thai Navy and the Province of Phuket.

Counting down to Laguna Phuket Tri-Fest