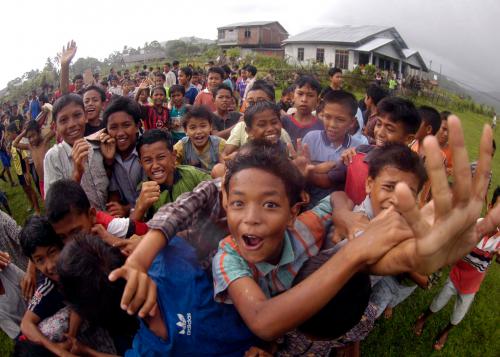 PHUKET: Scams, robberies, thieves, taxi mafia… this place is evil, one might think. Especially if he gets his information from the internet, from online discussion forums and so on. Scary!

Yet, in some mysterious way most of these evil things seem to happen to other people and almost never to me personally. Sure, visas are an everlasting struggle and I had some stuff stolen from me once, but except for that, nothing.

In fact, quite the opposite. Since I moved to Thailand almost three years ago, I keep encountering honest, friendly people on an everyday basis – taxi drivers included! Like the one who took the time to drive halfway across Bangkok (and that’s quite a journey) to return my wallet which I had absentmindedly left on the seat of his Toyota. When I offered him 500 baht to show my gratitude, he kindly refused.

And how about the waitress in one of Patong’s ever-crowded streetside restaurants who returned the laptop which I had forgotten (here we go again…) three hours earlier after a bowl of delicious Ba Mee Haeng?

Or the staff of Tesco Lotus who spent an hour going through their CCTV tapes to locate the purse my girlfriend misplaced during our weekly shopping trip. And then delivered it to our house with the contents intact when they found it a few days later.

In my three years in Thailand, I have never been cheated, never overcharged in a taxi – and never had to pay a single satang to the ones who couldn’t find their way. I even managed to establish a civil relationship with the tuk-tuk drivers. I remember one who wanted 200 baht to take me from Khao San Road to the nearest BTS station. When I refused he waved over one of his friends who took me where I wanted for less than a 100.

Sure, there were the few who tried to convince me that “The palace not open today,” but a smile usually sufficed to end the conversation.

And that’s the thing. I’m sure there’s nasty stuff going on here like anywhere else in the world, but in most cases, if you smile in the land of smiles, it will smile back at you.