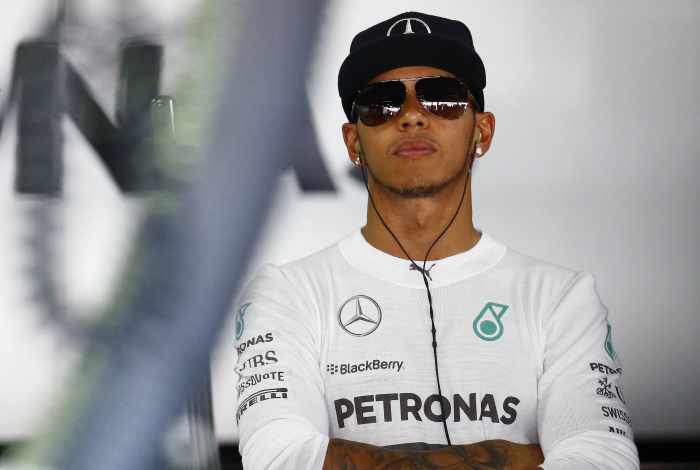 PHUKET: Lewis Hamilton started his Hungarian Grand Prix weekend as he meant to continue, with the fastest lap in Friday’s first free practice and championship-leading Mercedes team mate Nico Rosberg behind him.

The winner of the last two Hungarian Grands Prix lapped the Hungaroring circuit outside Budapest with a best time of one minute 25.814 seconds.

Rosberg was second fastest, 0.183 slower than the 2008 champion, on a hot morning with track temperatures rising to around 48 degrees Celsius.

Ferrari’s Kimi Raikkonen and Fernando Alonso were the closest to the dominant duo, who have won nine out of 10 races so far between them, with third and fourth places respectively on the timesheets.

Red Bull’s quadruple champion Sebastian Vettel, who has never won in Hungary, was fifth fastest ahead of Danish rookie Kevin Magnussen for McLaren.

Hamilton is 14 points adrift of Rosberg, despite having won five races to the German’s four, but has a far better record in Hungary.

The Briton has won four times there in total, a record he shares with Germany’s now retired Michael Schumacher, whereas Rosberg has yet to stand on the Hungaroring podium.

Raikkonen also has a great record at the track, which counts almost as a home race for Finnish drivers, with victory for McLaren in 2005 and second place in the last two years with Lotus.

The Finn needs a good result this weekend after being eclipsed by Alonso so far this season. Raikkonen is the only driver on the grid who has yet to beat his team mate this year.

The session opened with Max Chilton’s Marussia on fire in the pits, with the flames quickly extinguished, after oil leaked onto the exhaust.