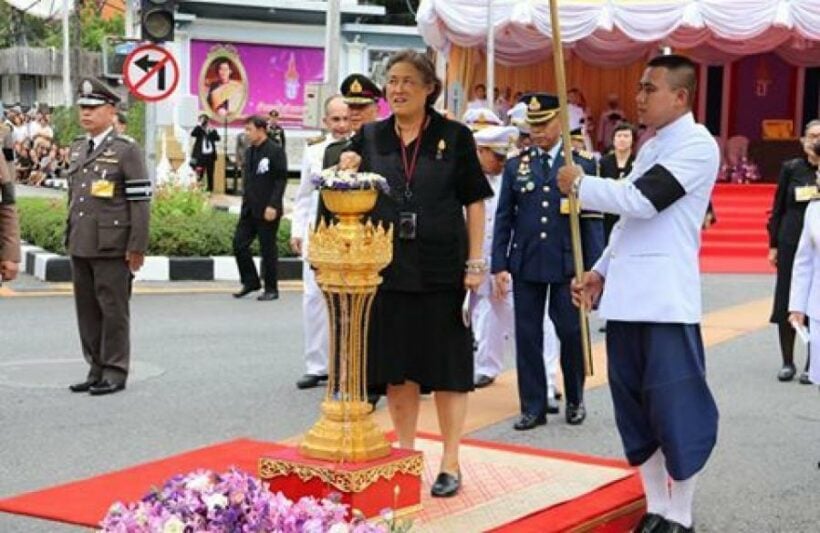 Phuket Governor Norraphat Plodthong and Phuket City Mayor Somjai Suwansupana, along with other officials and hundreds of Phuket citizens, were present to welcome the Princess.

The museum building, erected a hundred years ago in traditional Phuket style, housed one of the earliest regional banks in Thailand.

“We are honored that Her Royal Highness chose the museum name in 2015. We transformed the bank into a knowledge-based museum to tell the story of the building and reflect Phuket-Peranakan identity and culture for both locals and tourists,” said Mayor Somjai.

An old police station building opposite the museum was also renovated to present exhibits relating to the birth of Old Phuket Town from the Thonburi era until the reign of King Rama VI.

Some of the displays include paintings, antique furniture, traditional Phuket attire and cuisine.