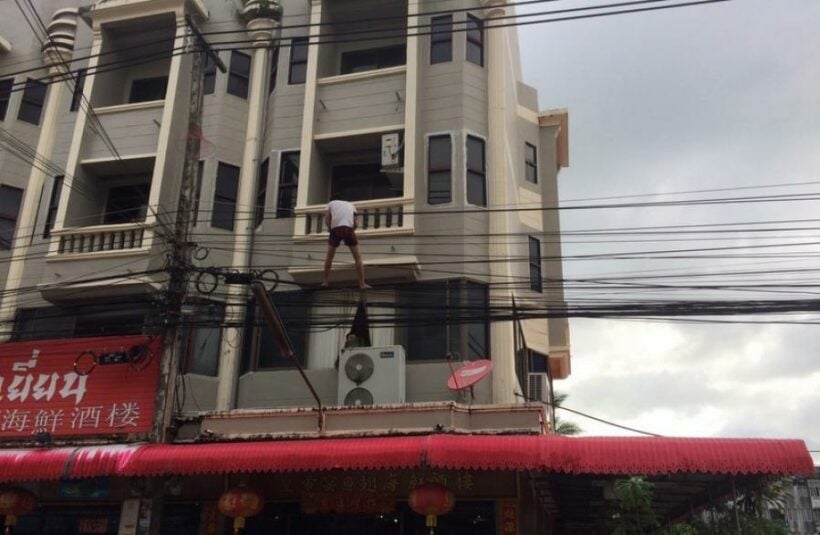 PHUKET: A man was safely rescued after he climbed up an electric pole with intent to jump in Phuket Town last night.

“The incident occurred in Poonpon. We found a man walking on electric wires outside the fourth floor of a building. A big crowd of people had gathered underneath and were watching him in shock when he stopped on the awning of a shop and looked like he was about to jump,” said Capt Apichat Musiksang of Phuket City Police.

“We did our best to talk him out of it, but he kept threatening to jump. Rescue workers then climbed up to him,” he added.

Police and rescue workers prepared an airbag underneath. The man then jumped and landed safely on the bag.

Police said he kept shouting “I’m sorry for what I have done” in Thai. After he calmed down, he was taken to Vachira Phuket Hospital for a check-up.

According to his neighbors’ statements, he worked as a tour guide and lived nearby.

Some of them told police that his girlfriend had just left him and he may have been in distress over that.