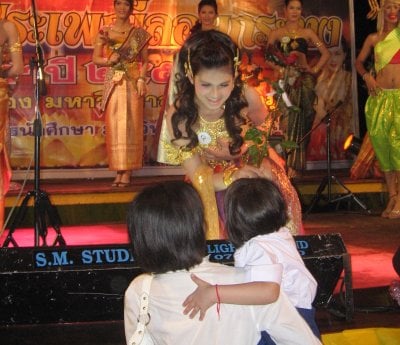 Dr Sak Tanchaikul, chief of Phuket Provincial Public Health Office (PPHO), said he was deeply concerned about HIV infection rates among “men who have sex with men”, which his agency members refer to collectively as “MSM”.

Already over 9 per cent of people who fall into the MSM category in Phuket have contracted the HIV virus that causes AIDS, he said.

A provincial subcommittee tasked with stopping the spread of the disease will coordinate efforts with all related agencies and groups to ensure that infection rates do not go any higher, he said.

“MSM is one of the risk groups because they have many sex partners. The more partners they have, the greater the risk of them contracting HIV,” he added.

“The MSM group is having major problems. From our studies last year, we found that kathoeys [‘ladyboys’] are having more sexual partners than ever before. In the past they typically reported having had one or two partners. But in 2010 we found many in the 15 to 19 age range have already had four or more partners,” she said.

Schools had an important role to play in providing knowledge about HIV and teaching those in high-risk groups how to protect themselves, she said.

“I think it is useful. The youth will have more understanding and know how to protect themselves [from HIV],” he said.

“Having a field trip or educational tour at the year end may help solve the problem somewhat. I think it would be better for the local authorities to help us [PPHO] install condom vending machines or disseminate knowledge about the value of condom usage to local residents,” she said.

A campaign to increase public awareness about the need for condom use is being planned for Phuket, but the exact date has yet to be announced, Dr Sak said.

More statistics on the HIV/AIDS situation in Phuket will be released after the next subcommittee meeting, he said.

Phuket has a large population of transgender people from all over Thailand. Many move here to work in the nightlife industry.

The Patong Police require all kathoey working along Soi Bangla to carry ID cards issued by their place of employment.

Those found soliciting sexual service in the area are subject to fines.

Awareness of HIV/AIDS issues is also a major thrust of activities related to the the 10th Phuket Gay Pride Celebration, which began in Patong yesterday.