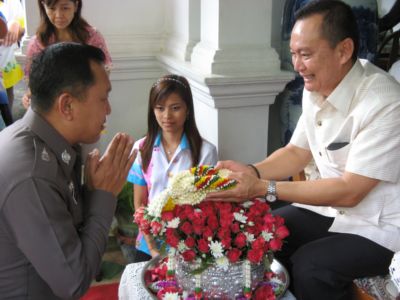 The three-day Songkran Festival marking the arrival of the Thai New Year begins on Sunday, by which time many island residents will have already returned to their home provinces to celebrate.