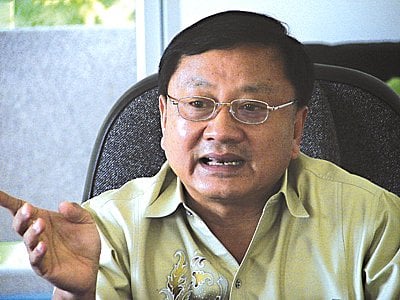 PHUKET: Phuket Governor Tri Augkaradacha expects about 70 per cent of all eligible voters in Phuket to cast their ballots in the upcoming July 3 national election.

“The candidates contesting seats in Phuket are all from different parties. This choice will encourage more people to cast their votes,” he said yesterday after a closed-door meeting with the Phuket Provincial Election Commission.

Voter turnout in Phuket for Thailand’s previous general election, on December 23, 2007, stood at about 60 per cent, or about 200,000 votes, Gov Tri pointed out.

Governor Tri acts as “president” of Phuket Election Commission, which is headed by Director Kitipong Thiengkunakarit.

The governor also announced that registration for party-list representatives will be accepted at the Thai-Japan Bangkok Youth Center in Bangkok from May 19 to 23.

Candidates contesting Phuket seats must register with the Phuket Election Commission, which will set up a registration booth at Phuket Community Hall on Narisorn Road in Phuket.

Phuket 1 constituency covers all of Muang District except the subdistricts (tambon) Rassada and Koh Kaew.

Phuket 2 covers Rassada and Koh Kaew subdistricts as well as all of Kathu District and all of Thalang District.

Early voting will be held on June 26, said the governor.

People living in Phuket but registered as residents in other provinces will be able to cast their votes for representatives in their home provinces at Phuket Community Hall.

Phuket residents wanting to vote early for candidates contesting the Phuket 1 seat will be able to cast their votes at Phuket City Municipality Hall, next to the Phuket Provincial Health Office, on Narisorn Road in Phuket Town.

Early votes for the the Phuket 2 seat will be accepted at Phra Nang Sang School in Thalang.

However, The hours for casting “early” ballots have yet to be announced, Gov Tri said.

Ballot boxes and ballot sheets will be sent from the Office of the Election Commission of Thailand in Bangkok, said Gov Tri.

He urged anyone with queries about voting in the upcoming election to call the Phuket Provincial Election Commission at 076-354692.

Old Phuket Town to be “wireless’ by November