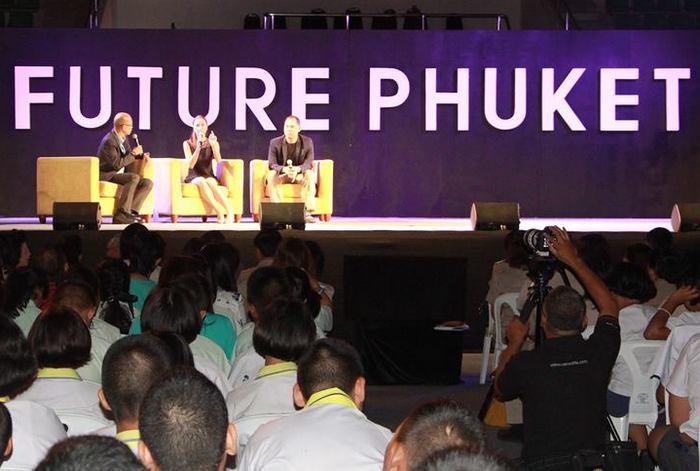 PHUKET: The Phuket City Mayor called on Mathayom students to embrace vocational education in preparation for life after graduation following the release of research indicating a surplus of university graduates and a shortage of vocational workers.

Addressing students at the ‘Learn for Life 2016’ event held at Saphan Hin’s 4,000-seat indoor gymnasium yesterday, Phuket City Mayor Somjai Suwansupana pointed out that the majority of graduates with bachelor’s degrees in Phuket are unemployed.

“Dhurakij Pundit University’s Quality Leaning Foundation research into the top ten careers in Phuket shows most employers require 49.3 per cent of vocational graduates and only 15 per cent of those with a university degree,” Phuket Education Council Chief Buntoon Thongtan said, backing Ms Somjai.

“However, those with a bachelor’s degree often accrued more debt than those who have vocational degrees,” Mr Buntoon said.

Mr Buntoon told the crowd that he understood that having a university degree was something to be proud of, but also encouraged people to think beyond graduation.

“Please re-think your approach to education and your future needs, as well as those of the island,” Ms Somjai said. “If your children prefer to attend a vocational college, please support them, as they will be happy learning about what interests them.”