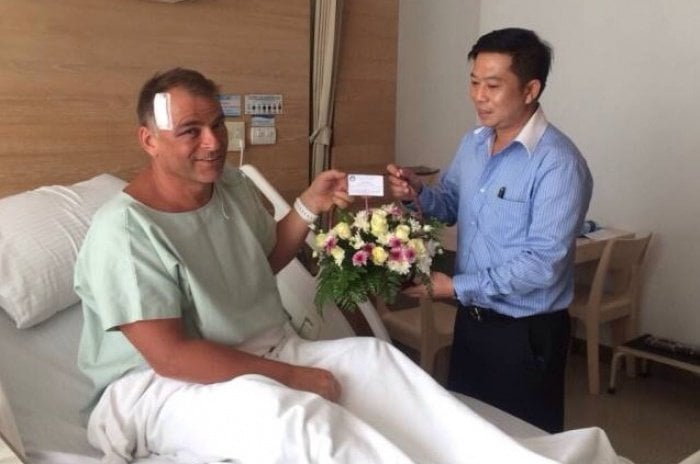 PHUKET: A German tourist who was struck in the head by the propeller of a longtail boat off Karon Beach on Wednesday (story here) is recovering well, a tourism official has confirmed to the Phuket Gazette.

“Mr Dann has been alone in Phuket for 10 days, and was planning to leave on April 5,” Mr Santi said.

Mr Dann told Mr Santi that he remembers being struck by the boat, but nothing after, until he awoke in hospital.

“Mr Dann would like to say thank you to the jet-ski drivers who helped him,” Mr Santi added.

Police are awaiting Mr Dann’s release from hospital to determine the charge against the longtail boat driver, Somneuk Pankaew, 35.