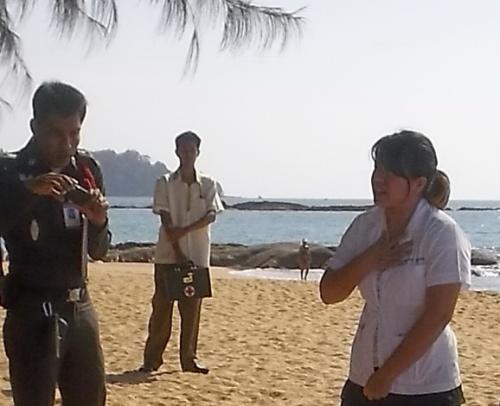 PHUKET: A German tourist with a heart condition fell on some rocks and drowned yesterday at Khao Lak.

Mr Oberle Ovegov, 57, had spent the morning playing in the water with his wife.

At about 2:30pm, as he was walking on some flat rocks that extend into the sea at Khukkhak, he became dizzy and fell, said Khao Lak Police Inspector Anan Kuaboonkaew.

Mr Ovegov apparently suffered from a heart condition that may have prompted his dizziness and fall, Lt Col Anan explained.

“He landed between the rocks and the sea, and waves repeatedly hit him and slammed him into the rock,” he added.

A group of Thais and foreigners worked to free him for 30 minutes, but by the time they got him out he had drowned, Col Arun said.

Dugong not dying for sex