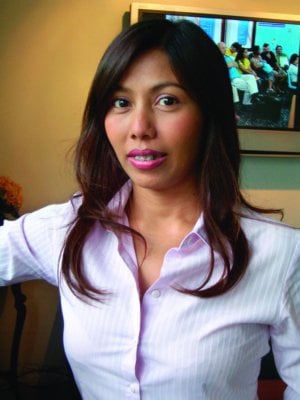 PHUKET: Oranee ‘Ann’ Pienprasertkul has been elected Managing Director of the Phuket Gazette Co Ltd, with responsibility for all operating divisions and products of the company.

Now in her eighth year with the Gazette, K. Oranee joined as an advertising sales person. She became marketing manager in 2002 and was appointed General Manager in 2005.

The Bangkok native is a graduate of Bangkok University with a bachelor’s degree in Business Administration.

Before joining the Gazette in 1999, she had held various public relations positions in New Zealand.

She had also worked for five years with UCOM in Bangkok, where she was responsible for procurement of cable and satellite broadcast equipment.