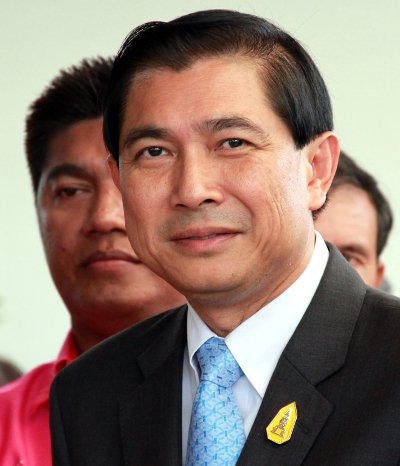 PHUKET: A gambling raid on a residential home about 200 meters from Baan Kathu School yesterday netted 21 arrests, but most of the people taken into custody will appeal to the governor to have the charges dropped on the basis that they were “only watching”.

Lt Col Serm Kwannimit of the Thung Thong Police told the Gazette that police raided the home at about 6pm after receiving a tip-off from a “concerned citizen”.

“When we raided the house, we found 21 men and women concentrating on playing cards. All of them tried to run away, but officers had surrounded the entire area and arrested all 21 of the suspects,” Col Serm explained.

“However, many of them said they were not guilty. They claimed that only six people were actually gambling, the rest of them were there only to watch,” he added.

The joint complaint by those protesting their innocence said they would file their complaint directly with Phuket Governor Maitri Inthusut.

“Everyone has legal right to do that. They can deny police charges and say they are not guilty,” said Col Serm.

“They can file complaints to the governor as much as they like, but they will still have to present themselves in court where they will have to prove to the court that they are not guilty.

“I am just doing my job, as ordered,” he added.