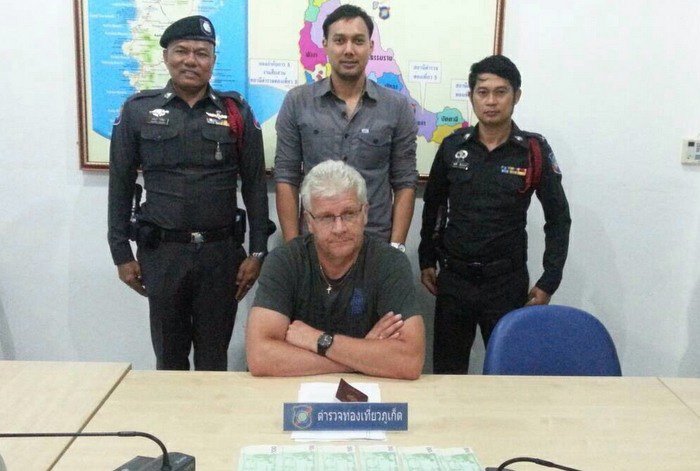 PHUKET: A French national was arrested while attempting to exchange a counterfeit 100 euro banknote on Soi Bangla yesterday.

Rene Louis Regrault, 59, was apprehended by Tourist Police after the bill he went to exchange at the Shino Money Exchange counter was flagged by an employee.

“After confirming that the banknote was fake, we accompanied Mr Regrault back to his rental room, where we found five more counterfeit notes,” said Sen Sgt Maj Boonyarit Intakarn of the Phuket Tourist Police. “Two of the notes even had the same serial number.”

Mr Regrault denied any knowledge of the counterfeit cash.

“He said he took them directly from France for his trip to Thailand,” Sen Sgt Maj Boonyarit said.