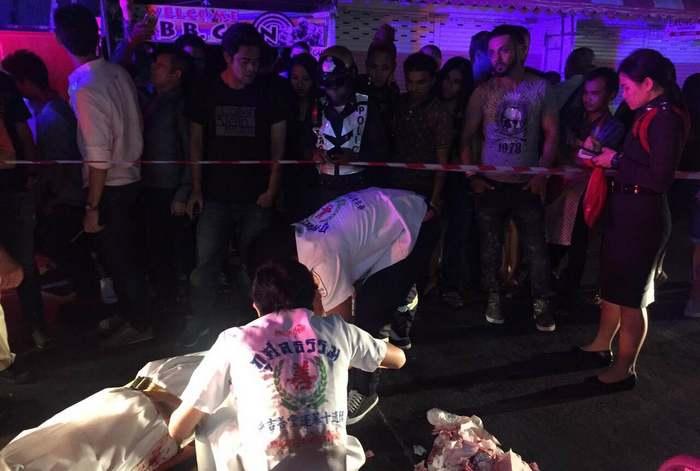 PHUKET: A 23-year-old Frenchman was stabbed to death in Phuket early this morning. His Moroccan friend, also 23, was injured in the violent altercation in front of the Orchid Resortel on Soi Sansabai in Patong.

The Frenchman’s name is being withheld by the Phuket Gazette pending confirmation that next of kin have been informed.

“Said Missoury told us that they were both walking back to their room when a man riding a motorcycle crashed into them. We have since arrested the suspect, 33-year-old Somporn Kakkaew,” said Lt Sineenart Cherdchootrakulthong of the Patong Police.

The men then reportedly got into a fight with Mr Somporn who stabbed Mr Missoury in the side.

“After Mr Somporn ran away, Mr Missoury realized that his friend had been stabbed too. He called for help, but nobody was able to come in time to save the Frenchman,” Lt Sineenart said.

“When we arrested Mr Somporn it was clear that he had an injured wrist, so we took him to Vachira Phuket Hospital, where he remains under police watch.”

Police have yet to charge Mr Somporn, as they are currently looking for the murder weapon.