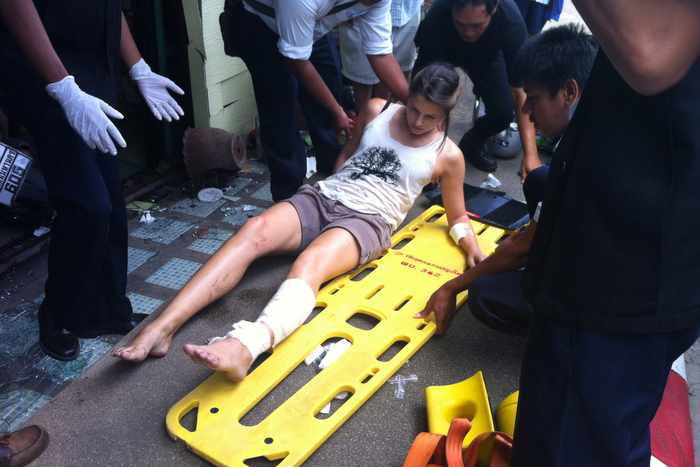 PHUKET: A French tourist injured her leg today after she lost control of her rented motorbike and crashed through the glass window of a Phuket Town beauty salon.

Rescue workers from the Kusoldharm Foundation called to the scene on Phang Nga Road by the startled salon owner found Nastasya Kotnarovsky, 27, with minor injuries to her left leg and scratches all over her body.

Ms Kotnarovsky and her friend, Keno Feldmuller Gennant Kuhlmann, had just rented two motorbikes from Baifern Motors, located on the same street as the salon, said Sakda Saejiew, owner of the rental shop.

“The German man was riding ahead of the woman and went to make a u-turn in front of the salon,” explained Mr Sakda.

“The girl sped up to catch up with him and lost control of the bike, and crashed through the salon window.”

“I warned them to drive carefully and slowly before they left,” he said. “I think that she just opened the throttle too hard and lost control.”