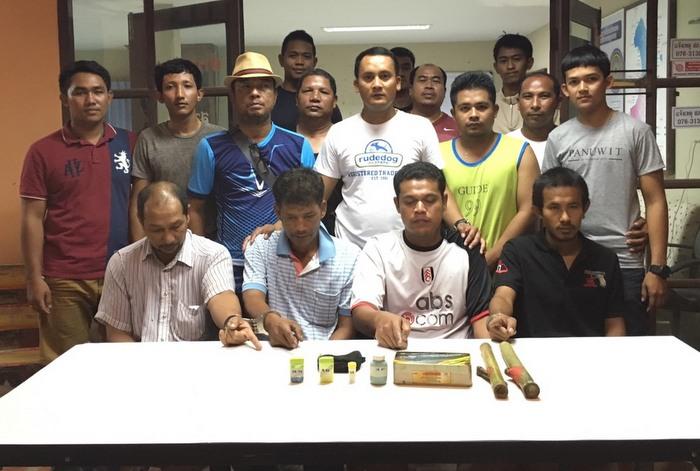 The men were found in a bamboo shack in Thalang with 40.2 grams of heroin and drug paraphernalia, confirmed Capt Suchart Luecha of the Thalang Police.

“We received a tip-off that they met at the shack almost every day between 4pm and 8pm. After investigating further, we found that Mr Sanong had already done prison time for drug-related charges,” Capt Suchart explained.

Originally, all four men confessed to taking the drug, but denied knowing who the owner of the illegal substance was.

“After testing positive for drugs, Mr Somchai, Mr Wissarut and Mr Jaturong all claimed that the drugs belonged to Mr Sanong. He, however, denied it,” Capt Suchart said.

All four suspects were charged for possession of a Category 1 drug with intent to sell.