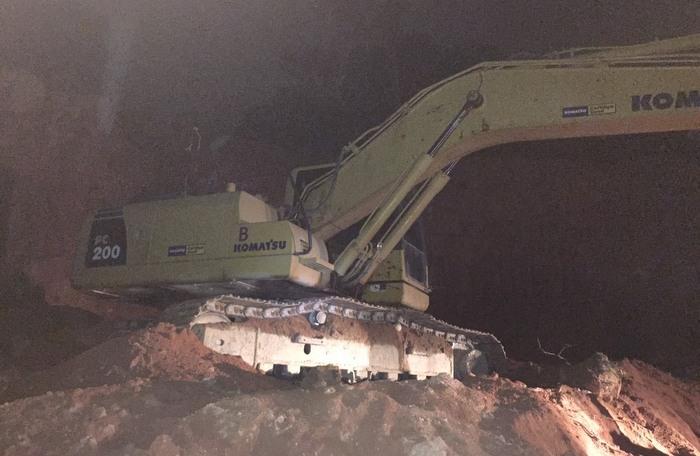 The raid, led by a team of Provincial, Navy and Chalong Police officers, yielded the arrests of Watcharin Laongthong, 30; Kanit Sookjai, 27; Somprach Choothong, 46; and Panya Taiying, 42, as well as the confiscation of their construction equipment.

“We went to the plot, located behind Wat Luang Pu Supha, at about 9pm,” said Lt Sompong Panmuang of the Royal Thai Navy Third Area Command. “When we arrived, the four men were digging the area with a backhoe.”

The suspects claimed to have been hired by a man named Wansak Ongsantiphap, but failed to provide any information or documents giving them permission to work the land.

All four were charged with developing land without permission and taken to the Chalong Police Station for further processing.

Police will continue to hunt for Mr Wansak in order to confirm that he has the correct documentation to develop the land in question.