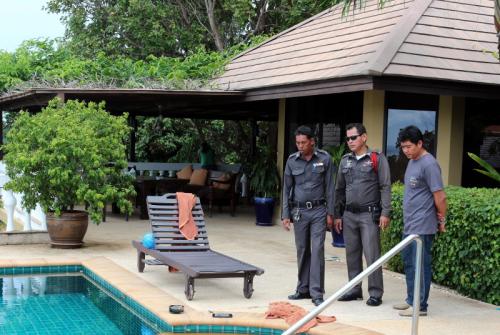 PHUKET: Phuket Police see no reason to open a murder investigation in the case of a former Microsoft engineer found dead at his villa at Ao Makham last week (story here).

The man, American-born Clifford Nelson Bamford, was found floating in his villa pool by his housekeeper on July 1.

“We questioned his girlfriend on July 2 after she came back from Nakhon Ratchasima. She said that she had been living with Mr Bamford for 10 years, and told us that he had a heart condition,” Lt Anurak said.

“We are still waiting for toxicity tests and the autopsy results from Vachira Phuket Hospital. When we have those results, we will determine whether any further investigation is needed,” he said.

Phuket police notified the US Embassy of Mr Bamford’s death on July 1, but have not yet been contacted by his relatives, Lt Anurak added.