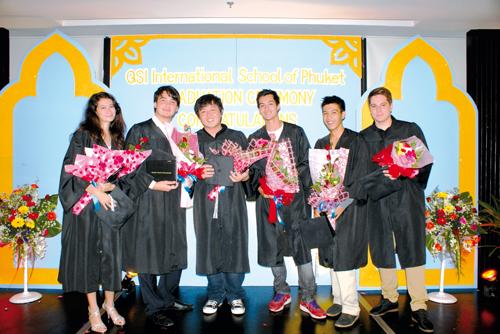 The graduation ceremony was held at Centara Karon Resort where 100 guests attended the ceremony, which included several singing and dancing performances by QIS students. After receiving their diplomas, two of the graduating students, Jasmin Jadick and Jakob Klaic gave speeches thanking the school, their teachers and fellow students for the support they received during their time at the school.


A look at the graduating class at QSI Phuket. Video: Phuket Today

Literature and Writing teacher James Geary, who was also the supervising teacher for the graduating class, praised the student’s hard work and dedication.

“They are truly a special group of people and they will be missed on campus,” he said.

The six graduates have a diverse range of interests, study goals and career choices which they will pursue in the coming years. Here is a brief overview of some of those aspirations:

Phuket Gardening: Bromeliads offer a true taste of the tropics