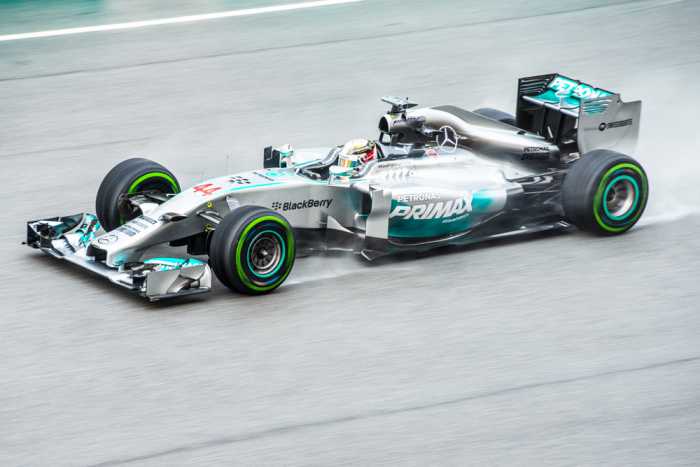 So its on to Interlagos, located in São Paulo between two lakes, in the slums of Cidade Dutra. The track was inaugurated in May 1940. The first real F1 Brazilian GP was held at Interlagos in 1973.

When I first went to Manila in the early 1970s, maps were useless, because official street names reflected transient government namings in favor of heroes of the time. People ignored the ephemeral foibles of politics and stuck to old names. To get to Roxas Blvd, a taxi driver needed to be told to go to Dewey. It’s like that with Interlagos, renamed Autódromo José Carlos Pace in 1985, after a Brazilian driver who won his only race there in 1975.

Deemed unsafe, Interlagos was abandoned by F1 in favor of the Jacarepaguá circuit in Rio de Janeiro in 1978. In 1988 Jacarepaguá was rebranded with the catchy name Autódromo Internacional Nelson Piquet, but I have never heard anyone use that name either.

F1 returned to a shortened and modified Interlagos in 1990.

Mercedes should lock out the first row of the grid, and Williams would be surprised not to have the second row. Brazil is traditionally the season’s final race, which often means that everything is usually decided before the circus reaches them. But this year Abu Dhabi will be the last race with double points.

Nico starts this race 24 points behind his team-mate. Assuming they finish first and second for the remaining three races, there are only 21 additional difference points possible for the rest of the season.

So it’s Hamilton’s season unless he throws it away with a did not finish (DNF) or something else unnecessary.

The 4.4-kilometer Interlagos circuit is anti-clockwise, hard to drive and demands power from engines. The race is tough on cars, and tough on drivers. Cars need outstanding balance to manage the technical middle section and speed for the rest. Weather is always a factor at Interlagos, and rain is quite likely for the race.

It starts on the “Tribunas” straight, followed by the “Senna S”. This connects with the “Curva do Sol” left-turn that leads to “Reta Oposta”, the track’s longest, but not fastest, straight. Then a pair of downhill left turns called “Descida do Lago” into a short straight that goes down again.

This is followed by a slow and difficult section with small, kart-like turns and elevation changes. Turn six is downhill and “Laranjinha” is a very slow right. Turn eight leads into “Pinheirinho”. Then “Bico de Pato” is an easy right kink into the near-hairpin that gives it its name, followed by a constant-radius left-hander that slings the driver straight into a harder left at “Junção”.

A left uphill kink marks the start of the long, top-speed section. Rising up through “Subida dos Boxes”, the driver encounters a long left turn which demands a lot of power. At the end of it is the “Tribunas” straight.

From the exit of Junção all the way into Senna’s S is one of the longest full-throttle stretches in F1, and is highly demanding on an engine’s reliability.

Interlagos has one of the longest pit-lanes ever used in Formula One, so pit stops are expensive. But expect two stoppers planned all round.

This has been written before qualifying, and Nico Rosberg headed Lewis Hamilton for another Mercedes one-two in a very warm second practice session in Sao Paulo, but this may be the last time they see a dry track this weekend.

Kimi Räikkönen was third fastest eclipsing team mate Fernando Alonso. But do not expect that to be necessarily reflected in qualifying.