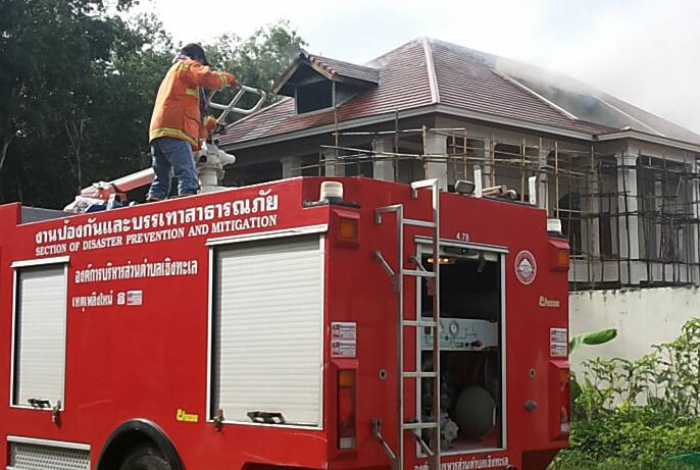 PHUKET: Phuket Forensic Police have been called in to investigate a fire that broke out yesterday afternoon at a home costing 20 million baht under construction in Cherng Talay.

The house, named Baan Palita, is about 90 per cent complete, said Lt Thanapop Rattanaburi of the Cherng Talay Police.

“Damage caused by the fire is estimated at about 1 million baht,” he said.

Construction contractor Suphat Khamtor, 42, told the Phuket Gazette that he reported the fire as soon as his staff noticed smoke coming from the mezzanine level of the home at about 3:30pm.

“We believe the fire started in the control room, which controls the electrical system, the air conditioning and the water heaters in the house,” said Lt Thanapop.

“Fortunately, firefighters were able to prevent the flames from spreading to other rooms.”

Phuket Forensic Police have been called in to investigate the cause of the fire, he added.

“The owners of the house, one of whom is an Australian, are now in Australia,” said Lt Thanapop.

“They have been contacted and notified of the fire.”