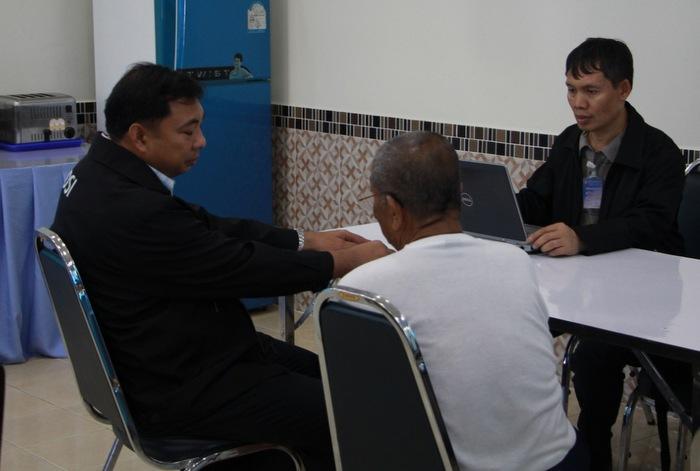 PHUKET: Six people, including a foreigner, were charged by the Department of Special Investigation (DSI) for falsifying land documents to steal Phuket national park land.

“This particular encroachment case is about 92 rai of Sirinath National Park land that was stolen using a flying SorKor 1,” explained Lt Col Prawut Wongseenin, the director of the DSI’s Bureau of Consumer Protection and Environmental Crime.

Flying SorKor 1s are title deeds that have been legally issued for a specific plot of land, but are then applied to another plot of land elsewhere.

“We have clear proof that the SorKor 1 that was used to obtain a Chanote for national park land was in fact for a plot of land in the Thalang community,” said Lt Col Prawut.

Though police declined to name any of the suspects, they did confirm that one of them was already serving a prison term in Phuket for check fraud.

The suspects who have already presented themselves to police to face the encroachment charges deny culpability.

“They say that they will bring in further documentation to clarify the situation,” said Col Prawut.

The DSI has handed the case over to the National Anti-Corruption Commission for further investigation into government officers.

“We supplied evidence that might be used to prove that government officers knowingly issued a Chanote for a flying SorKor 1,” Col Prawut said. “Most of those officers under investigation are high ranking ones.”