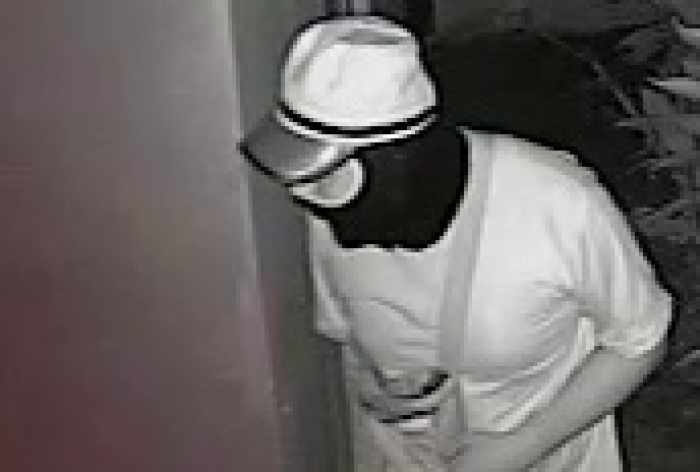 PHUKET: Police are hoping to identify a foreign man who was caught on CCTV robbing a home in Bang Jo, in Phuket’s west coast area of Cherng Talay, last Thursday.

The area has been targeted by burglars for years, said Jo D’Hondt, a business partner of the high-end Diamond Condominium project (story here) in Bang Tao.

Over the years, thieves have made off with more than 8,000 euros in cash, expensive watches and many other valuables, from Mr D’Hondt’s home.

But last Thursday, the foreign burglar made off with a bumper haul, including an iPhone 4, a Gucci watch, an Emporio Armani watch, a gold watch by Ulysse Nardin, a gold amulet, a gold necklace valued at about 20,000 baht, a laptop computer, 2,000 euros in cash and a few hundred baht in Thai coins.

When Mr D’Hondt reported the break-in to the Thalang Police officers investigating the scene last Thursday, he and his Thai partner thought the CCTV at their home wasn’t working.

“But when we checked it thoroughly, we found that we did have a recording, so we went through everything,” Mr D’Hondt said. “We found out only yesterday that we had caught him on CCTV.”

However, although the cameras showed clearly that the burglar was a Westerner and had broken into the home at 7:30pm, the thief was wearing a ski mask.

“This will make it difficult to identify him, but we are trying to and we are still questioning residents in the area,” Lt Col Sanit Nukong of the Thalang Police told the Gazette.

Reports that the burglary of Mr D’Hondt’s home was “the first known case of a non-Thai burgling homes in Phuket”, a search of the Gazette archives shows that in 2010 police were seeking a Caucasian man for carrying out a burglary in Kalim, while the Canadian homeowner and his wife were asleep in their bedroom (story here).

Moving on from robberies to muggings, the Gazette is proud to remember the nunchuk mugging of a Russian couple by Spaniard Mario Arturo Tovar Ferras, 23, in Kata in April this year (story here).

The Cove to screen in Phuket