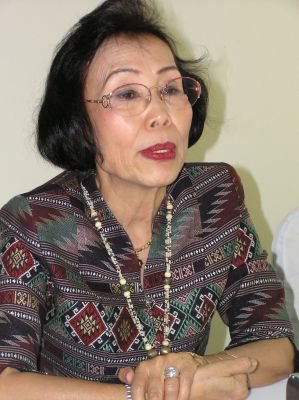 PHUKET TOWN: Island residents can look forward to improved hygiene in food and water production by the end of this year, according to a report issued by the Food and Drug Administration (FDA) under its “Good Manufacturing Practice” (GMP) standards. More than 100 major establishments were tested between January 7 and 9, but only half passed the GMP standards. Speaking after the testing was concluded, FDA Deputy Secretary General Dr Raviwan Preedeensanith said, “We hope to see a 100% pass rate by the end of 2004.” She called on private businesses and government officers to achieve and then maintain this rate. Three drinking-water manufacturers – White, Chalong, and Peak – were discovered to be producing sub-standard drinking water. Each was fined 10,000 baht by the FDA. A Thalang water manufacturer was found to have been operating without a government license and the owner now faces a 30,000-baht fine, three years in jail, or both. Using these prosecutions as an example, Phuket Public Health Office (PPHO) chief Dr Wanchai Sathayawuthipong, said, “All restaurants, factories, and organizations which have to deal with food and drink need to meet the GMP standards. They will be prosecuted by the PPHO if they do not.” Dr Raviwan added, “Tourism in Phuket will be hurt if people come here for a holiday and return home sick.”