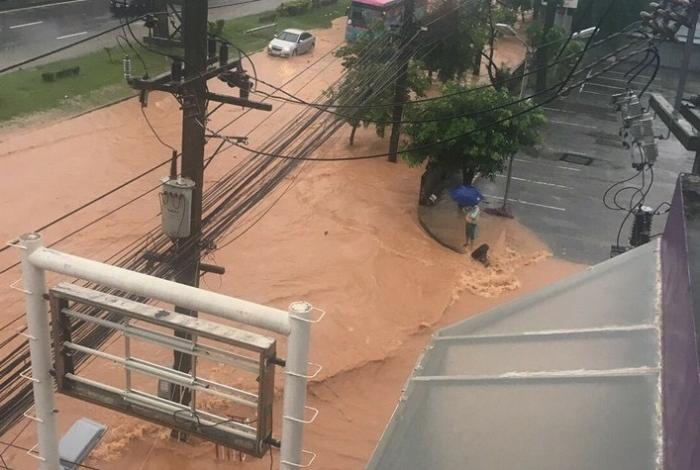 PHUKET: Flash flooding brought traffic to a standstill across the island this morning after hours of heavy rains, which began late last night, continued to pour down across the island as the morning rush hour began.

Traffic ground to a halt along several stretches of Chao Fah West Road, the Bypass Road and several spots along Thepkrasattri Road, causing major tailbacks. A few stretches of the roads near British International School were also affected, with several cars reportedly broken down along the way.

The Department of Disaster Prevention and Mitigation Phuket office is to issue a weather warning to every local office to warn residents about flash floods and possible landslides.

According to the Thai Meteorological Department, the weather forecast for August 25 shows widespread thundershowers and heavy isolated rains in Phuket, Phang Nga, Krabi, Trang and Satun. Southwesterly winds will gust up to 35km/hr, with wave heights averaging 1-2 meters and higher during thunderstorms. The heavy weather is likely to last throughout today and tomorrow.

Earlier this month, Chalong Mayor Samran Jindaphol told the Gazette that they were ‘100 per cent’ prepared for this year’s floods (story here).