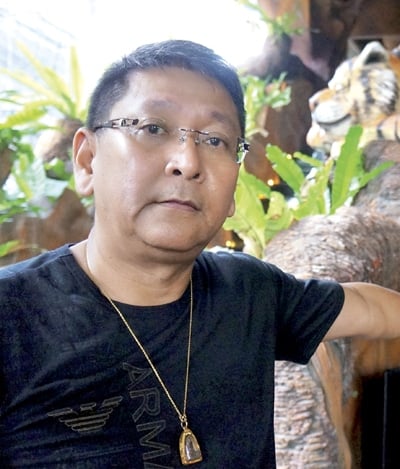 PHUKET: The investigation into whether or not the alleged “extension” to the ill-fated Tiger Discotheque in Patong was legal fell flat last week after Patong Municipality admitted that it had lost the original plan to the building in a flood nearly a decade ago.

The investigation was launched after four people died in the lethal blaze at the club, located on Patong’s tourist-busy Soi Bangla, on August 17. The bodies of all four victims were found in the “upper area” of the club at the rear of the building, just a couple meters from a fire escape.

Phunsak Naksena, Patong Municipality’s Chief Administrative Officer, told the Phuket Gazette that all the documents related to the Tiger Discotheque had “disappeared” after the municipality’s offices were hit by floods in 2003.

“We have not seen any application from Tiger Discotheque for permission to build an extension to the original building, but it is hard to tell because we cannot compare the remains of the building with the original plan since we lost it in the flood years ago,” Mr Phunsak explained.

He added that municipal officers had inspected the building since the fire, but found no evidence that the original structure had been built upon. “If there had been an extension, there would have been obvious marks on the building, such as changes to its structure or its overall layout,” he said.

Thamrongsak Boonrak, legal counsel for the Tiger Group, found the news ironic, while maintaining that no extension had ever been built.

“In 2009, after the Santika club fire [in Bangkok on New Year’s Eve, killing 66 people], government officers… inspected the building.

“Since then, the only addition has been a metal structure at the front of the club to provide people with cover from the rain, and even that was incomplete,” he added.

Mr Thamrongsak maintained that the only changes made inside the building were to the iconic decorations depicting tigers and a jungle theme. “Any other changes were just maintenance; fixing or replacing things that were old or not working properly,” he said.

Regarding the lost plans to the building, Mr Thamrongsak said, “If Patong Municipality says they lost the original blueprint in a flood in 2003, so be it. We rented the building from its owner more than 10 years ago. We do not have the original plans for the building. We only have an interior floor plan.”

With the expected opening of the syndicated club Tiger Live Band, also located on Soi Bangla, in the next two weeks, Mr Thamrongsak assured that the decorations at the new venue were not made from highly-flammable materials, which investigators have alleged contributed to the Tiger Disco inferno.

“There are no highly-flammable materials in the Tiger Live Band complex. They are all built from 100 per cent cement,” he said.

“If the Tiger Discotheque caught fire nine years ago, there would have been many more victims,” he added.

“…but I do believe there is an issue here.”